I lived in Dubai for 8 years, from 2007 to 2015. My career grew from cabin crew to SFS  and until I joined the recruitment team.

Those famous Open Days around the world, I was part of them.

Here’s my story about my journey and living in Dubai – and what I had to expect next.

How would you feel if after escaping from the ‘golden cage of Dubai’ you didn’t know where home was anymore?

I recently wrote an autobiography book about my life in Dubai as Cabin Crew for Emirates and the challenges I faced when I decided to go back home as I didn’t recognize “home” as such.

Living in Dubai has been the most incredible experience I have ever lived by far in a personal and professional way.

I was twenty-six years old when I decided to move there, and my dad having only passed away a few months before that. At that time, I was unemployed, and I didn’t have a clear idea of what I wanted to do with my life.

Before Dubai I had a few jobs in Barcelona after moving back from London, but I could barely reach the end of the month and the everyday routine was killing me.

I was feeling lost. So, when the opportunity of having a completely brand-new life, far away from home came, I didn’t doubt it for a second.

I was living the best life in Dubai: I was working as a Flight Attendant for one of the world’s best airlines and I was living in the most comfortable city in the world.

But as they say, it’s not gold everything that shines, so it didn’t take me too long to understand the toll and price I had to pay, in exchange for this luxury life-style.

After eight years living in a spiral of non-stop travelling alone, paired with the downsides of living in a Muslim country. I started to fall apart.

Even though the economic situation in Spain was terrible at that time, I was determined to go back home. 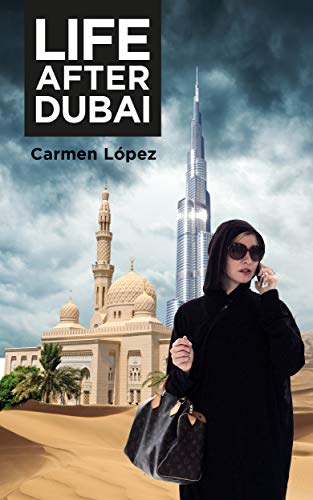 Buy Life After Dubai on Amazon.
Also in Spanish.

My surprise was that when I finally managed to escape from the golden cage, when I got back home, I did not recognize ‘home’ as such, as I was feeling more like a tourist in my own city.

Everything and everyone were different and had changed a lot. But maybe, I was the one that changed.

Read also: What All Flight Attendants Do 15 Minutes Before Boarding Passengers

Help I Heart Cabin Crew reach more people by sharing this article with your friends on Facebook and don’t forget to Like our Page!

Get instant help in passing the cabin crew interview with these eBooks.

Disclaimer: Opinions, comments, quotes, memes or videos in this article don’t reflect the views of our featured crew or the airlines they work for.

Why rely on luck when you can go prepared?